Bridge over (Not So) Troubled Water

I've mentioned before that I enjoy biking when the weather is amenable. We're very fortunate in Miami County to have a great set of bike paths for people to walk and ride upon. However, till this (late) summer, there was no contiguous path from Troy to Piqua (our two biggest cities). There was a planned bridge to go over the Miami River, but it hadn't been built... yet.

Well, this summer, they finally got started on the project. The goal was to be done before August, but, well, they did get done before October, so that was something. :-) Mom and I have ridden across the bridge twice so far, with future trips across a certainty. And the last time we went across, there were quite a few people out enjoying the bridge (walker and bikers), so that was great to see.

Some day I'd like to start at the northern-most part of the path in Piqua and then go south for the whole length of the county and beyond. (I think you could actually go all the way to Cincinnati using the paths, but I've never gone farther south than Taylorsville Dam.) Perhaps next summer? :-)

Anyhoo, here are some before and after photos which I took throughout the summer (and early autumn). It's a really lovely bridge, I must say. 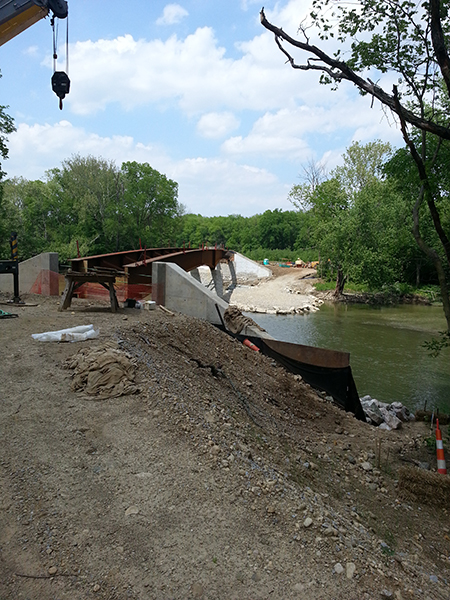 Prebridge 1:This is a shot from the Troy side of the river. They had gotten the bridge across already and had a preliminary (albeit dirt) ramp up to it. It's now paved both ways. 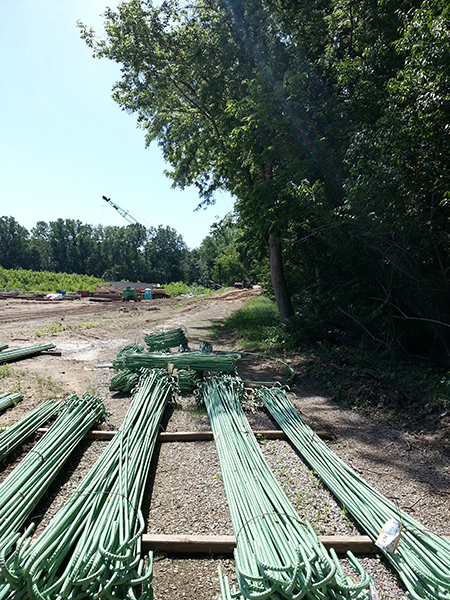 Prebridge 2: This is a shot from the Piqua side just below the start of the ramp up to the bridge. When I took this photo, it was the first time I'd been on that part of the bike path. 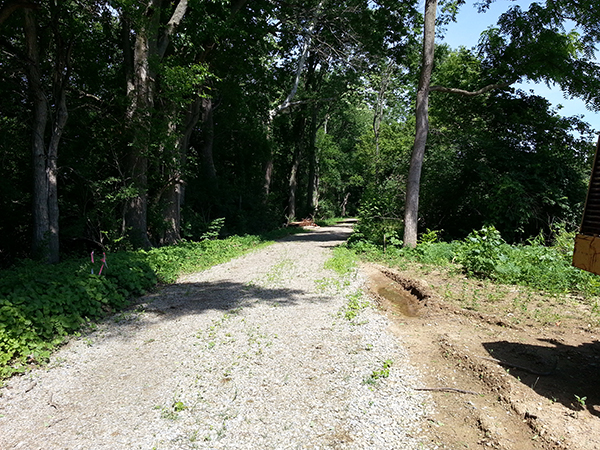 Prebridge 3: Here's another Piqua-side shot, but pointing away from the bridge and toward the Farrington Reserve parking lot (where my car & bike were currently parked). 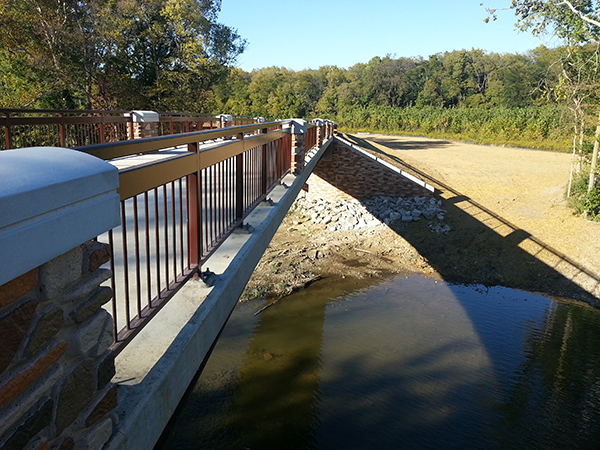 Postbridge 1: Hooray, the bridge is done! This is a shot from the Troy side going toward the Piqua side. I'm standing in one of the two overlooks on the bridge. 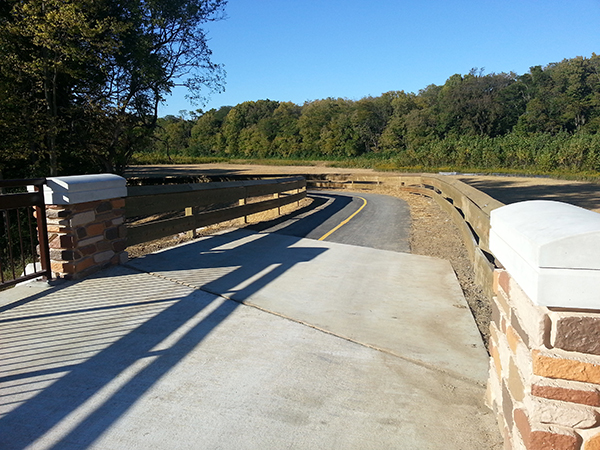 Postbridge 2: Now I'm on the Piqua side of the river and looking back along the path toward the Farrington Reserve parking lot. You can see the paved path. 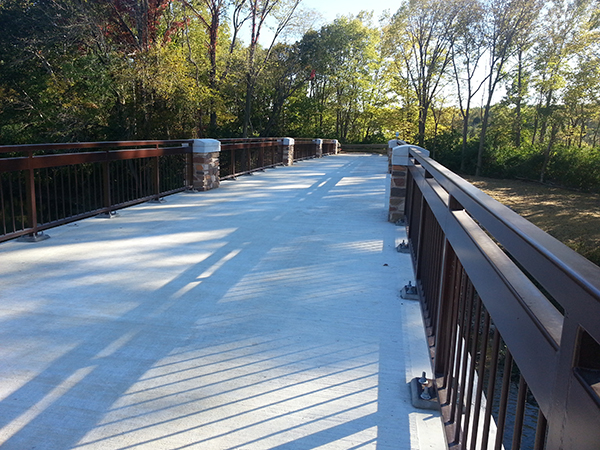 Postbridge 3: And now a shot from the other overlook, but pointing toward the Troy side. 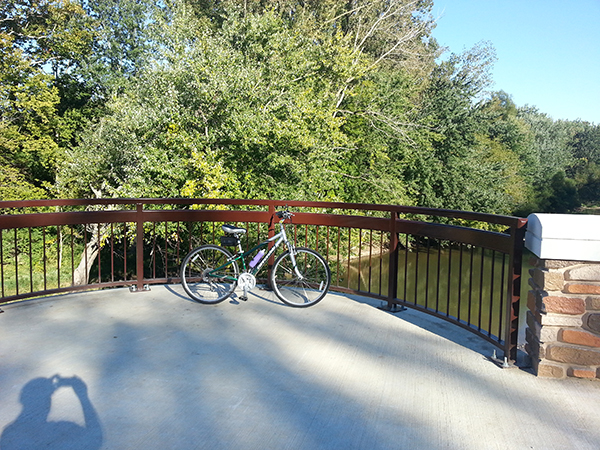 Postbridge 4: Here's my beautiful bike parked at one of the two overlooks on the bridge. (I'm standing beside mom at the other overlook, IIRC.) 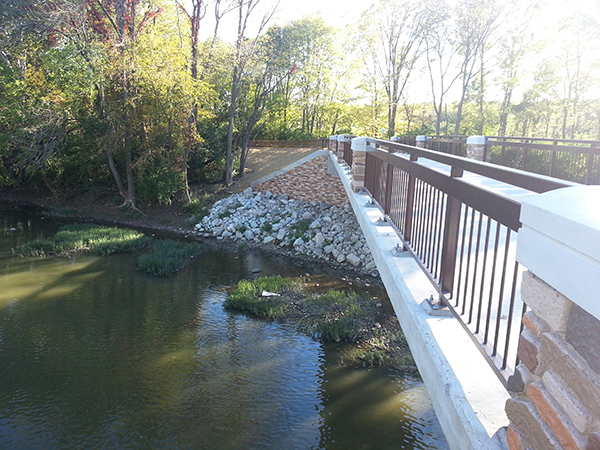 Postbridge 5: One final shot, Piqua side to Troy side (I think) showing the brickwork (or rather, faux brickwork) on the bridge.

The weather's turned a little chilly of late, but I'm hoping to get a few more bike rides in before winter turns its ugly head towards us!
Tags: biking, mom, photos
Subscribe