Last year, my folks and I visited friends up on Lake Erie, and we all decided to get together again this summer. This time, we went Thursday/Friday/Saturday and decided to arrive before lunchtime on Thursday in order to spend the day on Put-In-Bay island. After checking into our hotel, we headed for the ferry which was to carry us over to the island.

Although cars are allowed on the island, golf carts are encouraged. The 10 of us rented the last two 6-seater golf carts for the day for $15 each (a bargain, if you ask me). This gave us the freedom to roam as well as time to walk. We started off by going out to eat for lunch. We went to Mossback's (our friends hadn't been before, but said it was recommended). Mom and I decided to split a couple of items for lunch, so we ordered the Perch & Perogies lunch special and the Maryland crab cakes appetizer. The perch (from Erie) and perogies were definite winners. The crab cakes were OK, but nothing special. I had a Woodchuck Amber cider (which I put in my bottle koozie which I'd just bought from a store on The Boardwalk - the koozie has a built in bottle opener!)

We then walked on to Perry's Monument where most of us waited in the (long for a Thursday) line to go up to the top. Once we were up, the view was stunning. The rangers were very helpful, even taking a photo of those of us currently up top. After the monument, we went on to Heineman's Winery. This is the oldest winery on Put-in-Bay (and one of the oldest in the country? or something) and they provide a tour of the Crystal Cave and their winery. Basically the Crystal Cave is a geode you can stand in, some 30+ feet in diameter. We sampled their wines and I bought a few items - a nifty set of geode bookends, a t-shirt which says "50 Shades of Grape" and an umbrella that looks like a bottle of wine. "This isn't my wine, this is my um... brella" it claims.

We checked out several establishments on the island and then split into two parties for sitting & drinking. I went with dad and two of the guys to the brewery on the island: Put-In-Bay Brewing Co. I tried their bourbon barrel oatmeal stout and dad had their regular oatmeal stout, and we split an order of walleye bites. Once I noticed it was after 7pm, I suggested we return to the others since the golf carts were due in by 8pm.

We took the scenic route back to the golf cart place and were there in time, AND in time to board the next ferry back to the mainland. One of our party had to leave at that point, but the remaining 9 of us went to Dock's Beach House for supper. I ordered a "peaches & cream" frozen drink and the waitress asked for my ID, bless her! I thanked her and she said they are supposed to card people 30 years or younger. My 43 year old self was pleased. :-) I also ordered their chicken salad wrap with couscous salad. Very yummy.

The next day was intended to be our Day at the Beach day. We'd had perfect "walking around Put-in-Bay" weather the day before, and then perfect "Day at the Beach" weather the next. The Lake was a little choppy, but the sand was much easier on bare feet this time around. For lunch, we had coney dogs, veggies, chips, etc. I had brought some Angry Orchard cider and wound up having two during the day. After our leisure day, we headed out to Mon Ami for supper. Everyone got appetizers to share (once again, I ordered the lovely baked brie appetizer, this time with just peaches) and there wasn't a loser in the bunch. Since we were sitting on the bar side of the restaurant, all of the appetizers we'd ordered were half price. Plus I got two of their specially priced martinis - a chocotini to start, followed by a raspberry mango martini second. For my meal, I had to get that lobster bisque soup again (along with a caesar side salad). Ah, food bliss.

While we were waiting on the meal, several of us visited the gift store. I bought a cruet which holds both oil and vinegar in different compartments (the inner compartment being in the shape of a bunch of grapes) and with a balsamic vinegar and oil, it'll look pretty darned nifty. I also picked up one of their t-shirts.

A band started playing around 8:30 and the music was catchy and easy to dance to, but rather loud. After a bit, I asked dad if he wanted to take a short walk, so we wandered the grounds for a bit, before returning. Mom danced quite a bit, even coaxing dad (and me!) onto the dance floor for a bit. We eventually returned to our hotel rooms.

Sadly, two couples decided to leave early on Saturday, but the folks and I returned to our friends' place on the lake. We spent the morning (and part of the early afternoon) vegging on their back patio. The day was warmer than it had been the day before, so I'm glad we had the cooler day for our Day on the Beach. A little after 1pm, we then headed on out to Oregon, OH, to once again have lunch at the Oregon Inn. I had their fried perch along with fries and a side salad. Tasty, tasty. Although I had driven us to the restaurant, mom took us the rest of the way home. Then I took myself to my house and relaxed the rest of the night.

The rest of this entry will consist of photos from our lovely weekend at Erie. 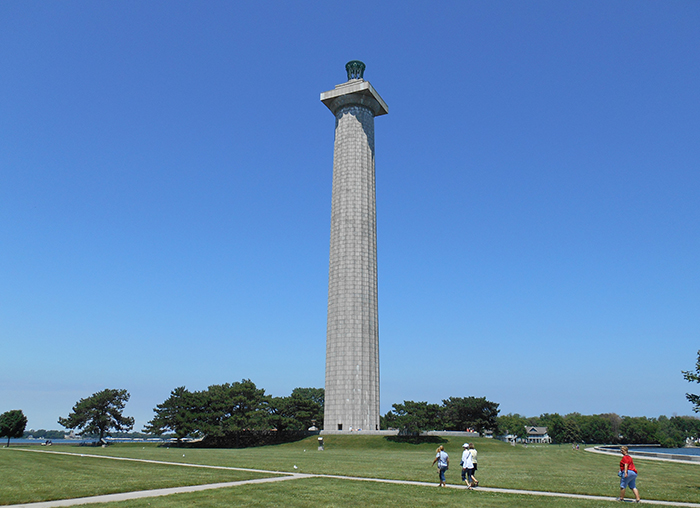 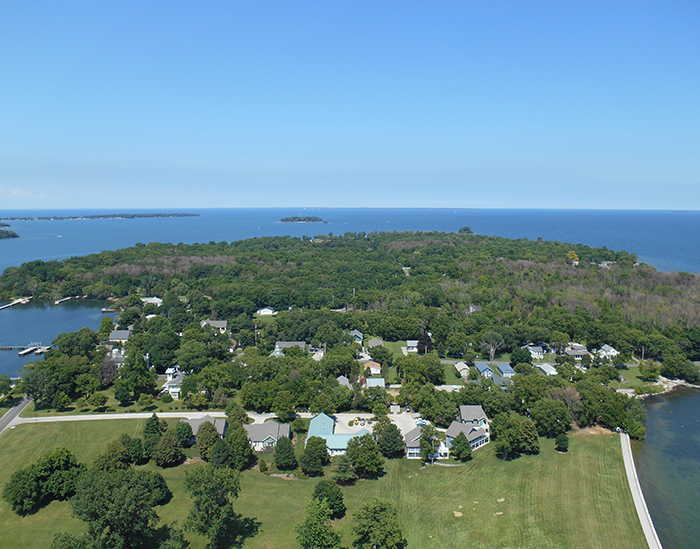 The View from Perry's Monument. 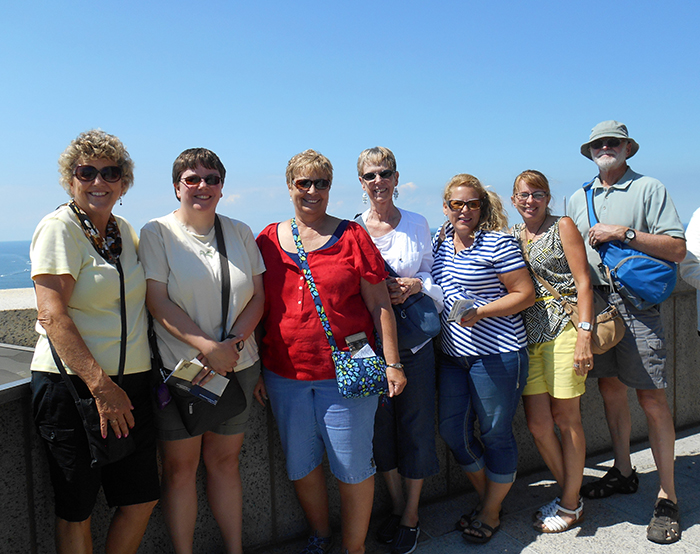 Group Shot on the top of Perry's Monument. 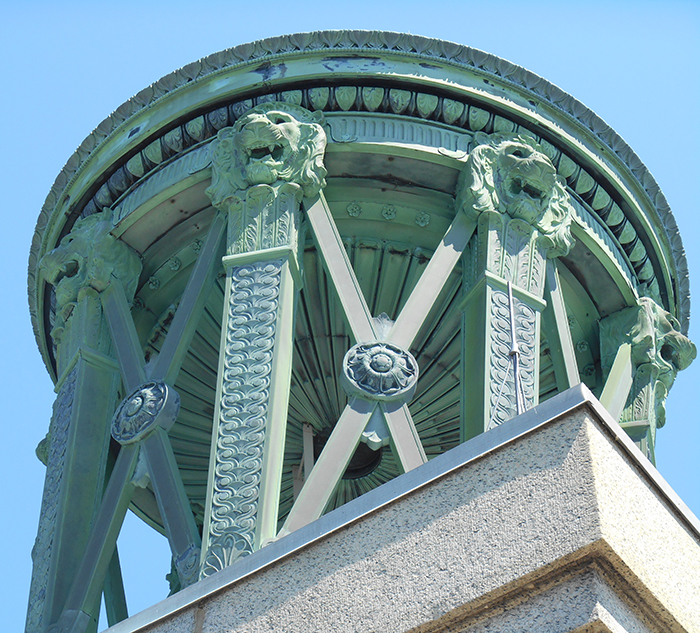 Tippy Top of the Monument. 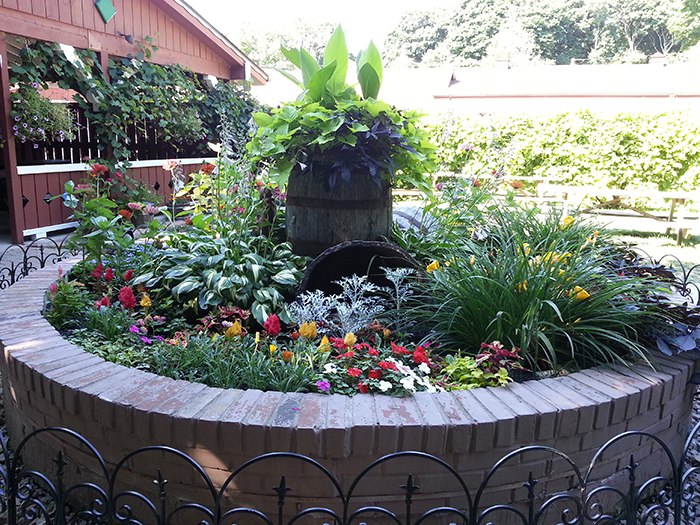 Wine Garden at the Winery. 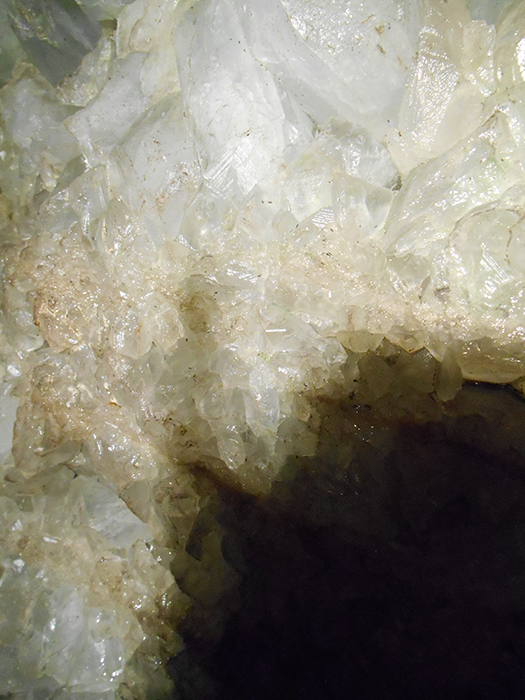 The Crystal Cave at the Winery. 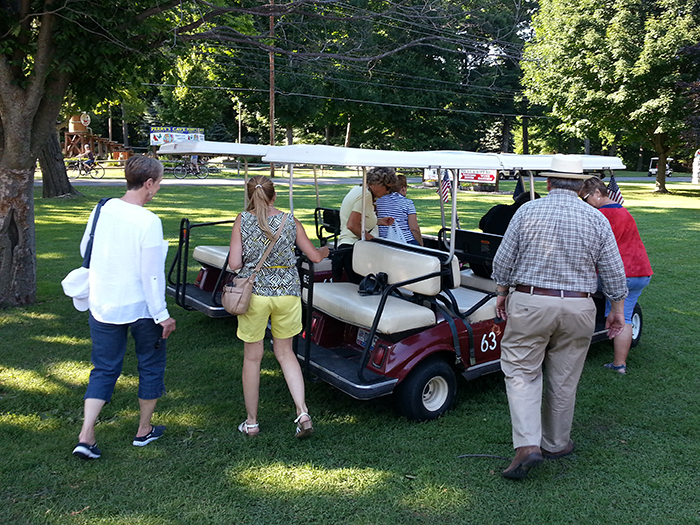 Getting to our Golf Carts. 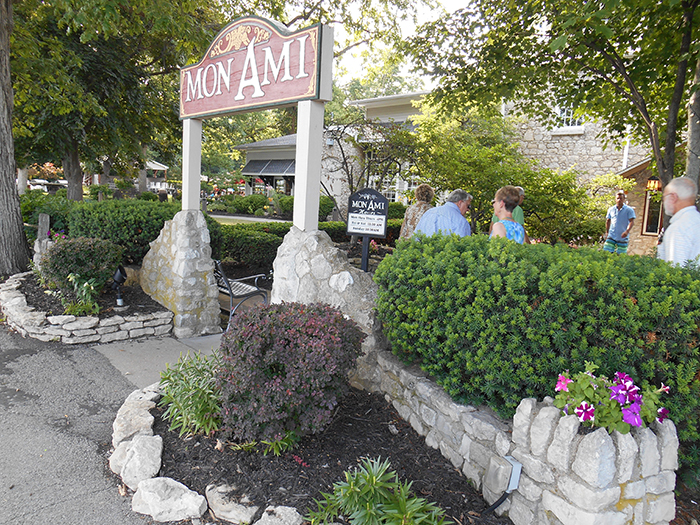 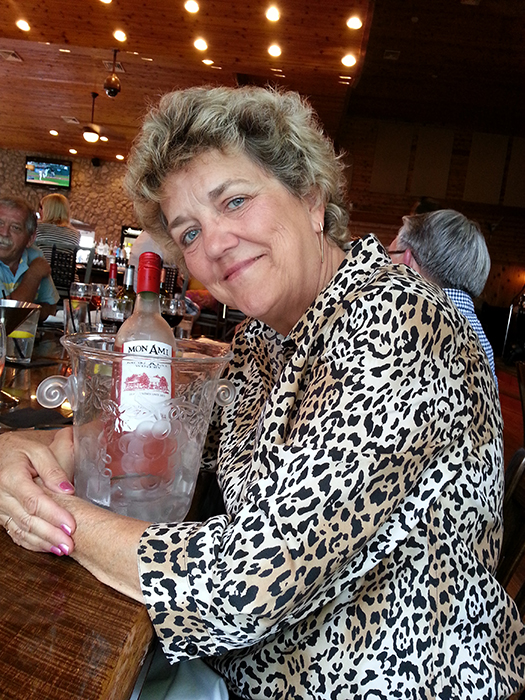 Mom at Mon Ami (she was the only one at the table to get an ice bucket with her bottle of wine). 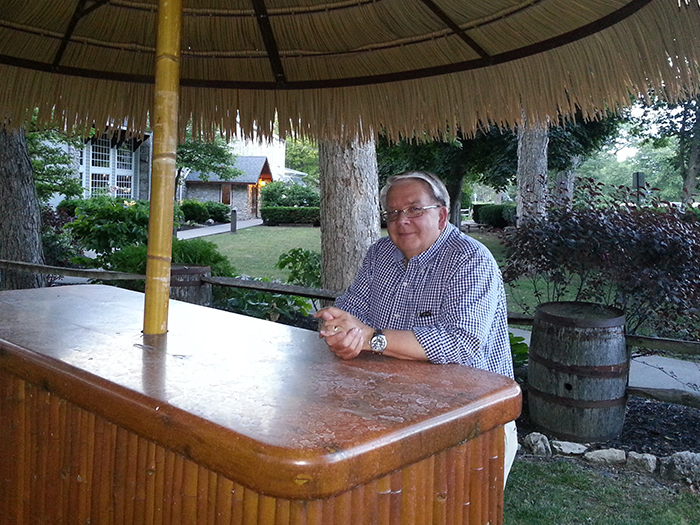 Dad at Mon Ami (he seems in his element at the Tiki Bar).
Tags: food, lake, parents, photos, vacation
Subscribe