As promised, photos from today. We started out in the Conservatory at the Windmill Island and there were quite a few exotic (well, to me at least!) flowers present. 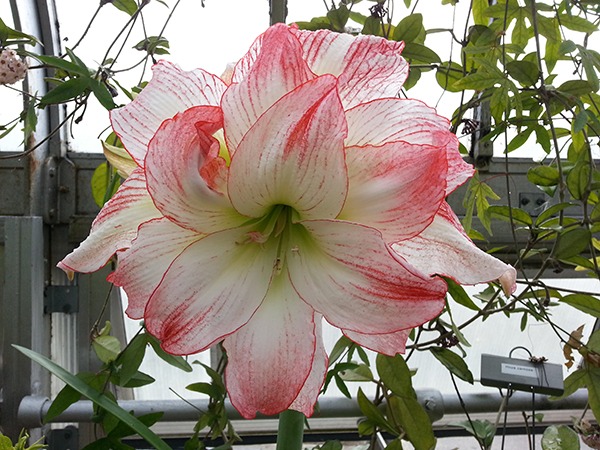 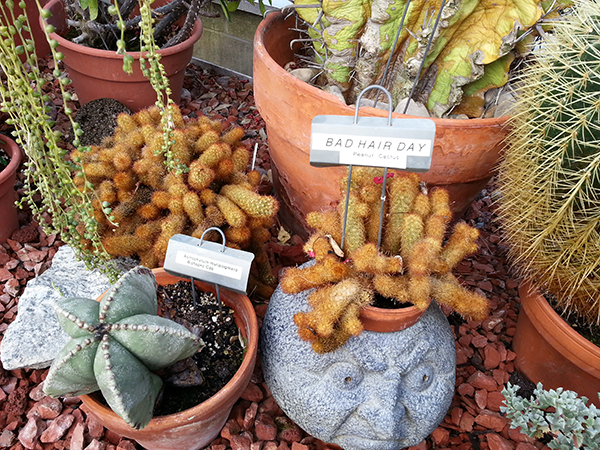 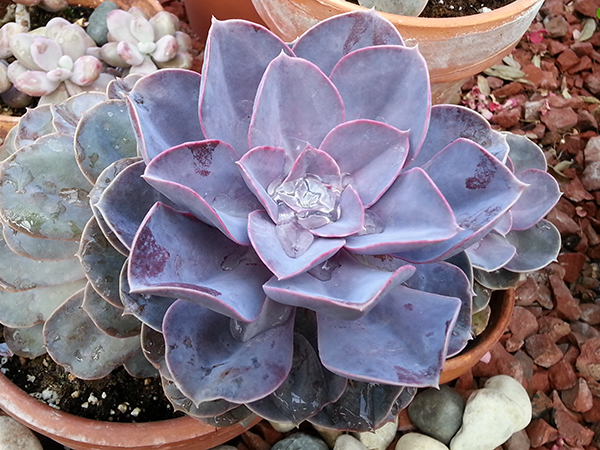 Succulent with water pool in the center 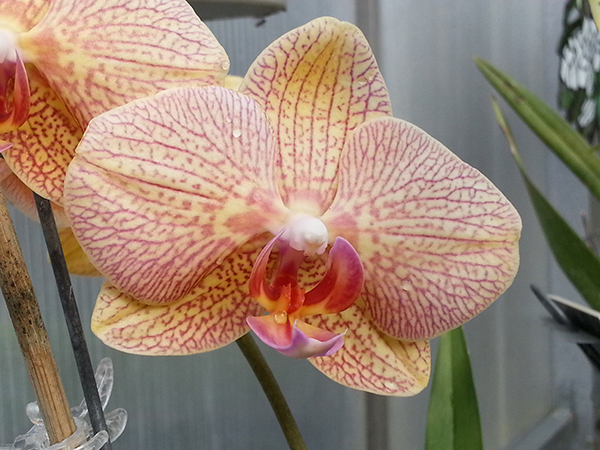 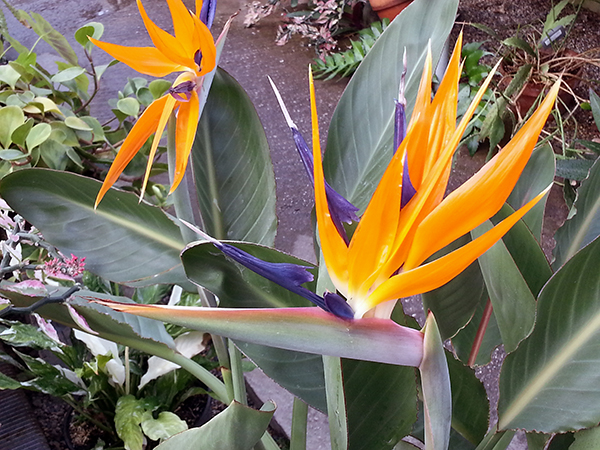 The Windmill on Windmill Island is named De Zwaan (the swan) and is indeed graceful, if not really a bird. 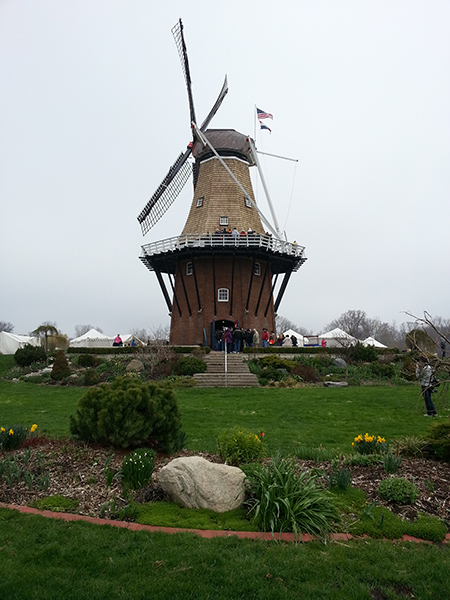 I took a photo from the observation deck. The day was still a bit dreary as the photo shows: 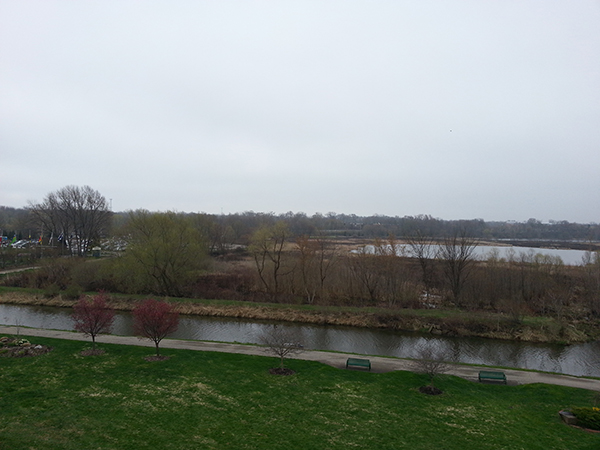 The view from De Zwaan

The tulips were reluctant to show themselves, but before we left Windmill Island, we had spotted a handful. Downtown Holland had quite a few more. 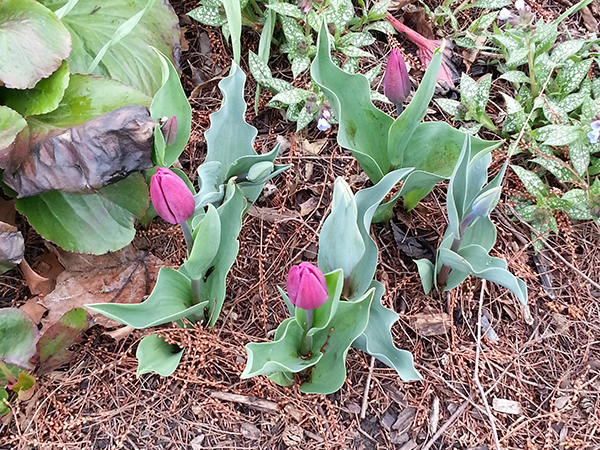 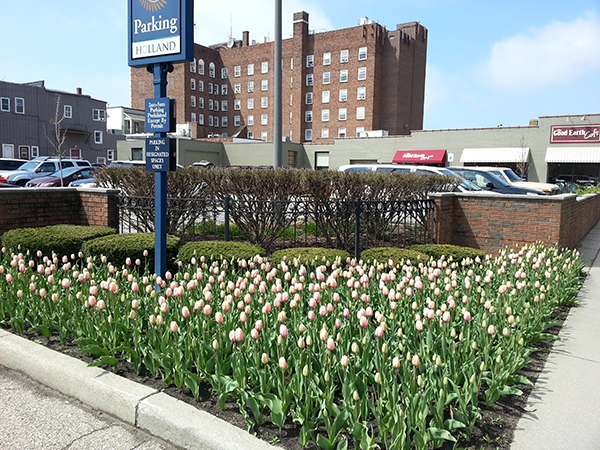 Tonight we went to Saugatuck Brewing Company for supper. I ordered a flight of beers, the cashews encrusted brie (appetizer) and fish & chips (with a side salad). Ate far too much, used up many of my weekly WW points, but it was worth it. Liked their cider, but the other five beers in the flight weren't for me. So, if you total up all of the beers I've tried so far in my life (which is a fair number now), I've discovered, um, 0 that I like. However, have found several hard ciders that I like. 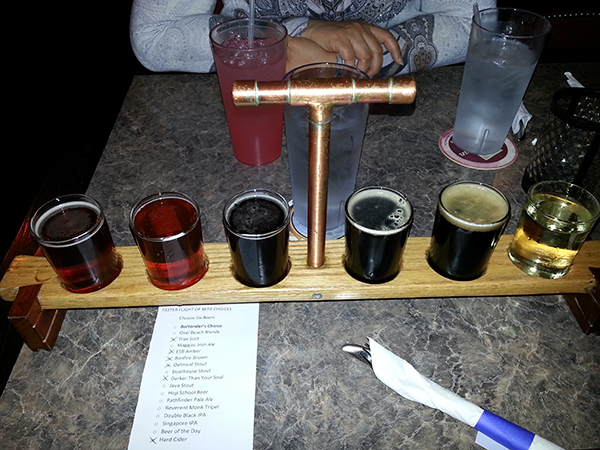 My flight from Saugatuck Brewing Co.
From left to right: True Scot, ESB Amber, Bonfire Brown, Oatmeal Stout, Darker than Your Soul, and Hard Cider. The Amber and the Stout were more drinkable, but I wound up only drinking half of the beers and all of the cider.
Tags: festivals, flowers, food, photos
Subscribe