Last Wednesday, the parental units and I headed north to Oak Harbor and Port Clinton to spend some time with friends and hang out at Lake Erie. Our friends have a nice cottage right on the beach of the lake and we spent a wonderful afternoon there, enjoying the cool weather. Sadly, the zebra mussels (an invasive species) had been out in force and the waves deposited a hell of a lot of their shells on the beach making barefoot walking a bit of a chore. Apparently two days prior to our arrival, the beach was perfect for bare feet.

Apart from that, out time at Erie was practically perfect. After checking into our motel, the whole party of us (there were 9 in total) headed to Mon Ami, a nice restaurant in Port Clinton, for supper. 8 years ago, five of us in this group had all been to Italy together along with other friends (including

The food at Mon Ami was very good. I ordered their baked brie appetizer to share at the table (though I probably had the lion's portion). It was soooooo good. Baked brie and baked apples and baked peaches covered in a cinnamon and pecan glaze. I think we all agreed it was a winner. I followed it up with lobster bisque and a salad (with dried apricots and dried cranberries). I couldn't finish the bisque or the salad thanks to the brie but they were both excellent too.

The plan for Thursday was just to hang at the beach all day. Which we did. We had sandwiches for lunch and smoked pork chops for supper. Mom brought the pork chops and rub as well as finger salad (vegetables in an oil and vinegar soak). I brought bread, which I'd baked on Tuesday, and brownie bites, also baked Tuesday. Both were popular. And the pork chops when smoked were very yummy. That night we sat out on the beach by a camp fire.

Friday was another beach day, with the intent to get out on the water. Wednesday was too choppy and we just never got around to it on Thursday. So I and two others took one canoe out to the "secret beach" while the anniversary couple took their canoe out and went to the same location. Mom and two of the guys rode on a paddle boat. (Mom got to sit and rest while the guys peddled their hearts out.) Dad went fly fishing beside a sand bar.

Some time after 1pm, we all loaded up our cars and headed off to Oregon, OH for lunch. The Oregon Inn has the best fried perch in the area, according to one of the guys we hung out with. Since Oregon was sort of on the way home for most of us, it seemed best to stop there on the way home. All but one of our party ordered perch and I'll admit, it was pretty tasty. Since both parental units imbibed for lunch, I drove us home. Go me!

I got us home safe und sound. And after we rested a little from the car ride, we went to downtown Troy's Prouty Plaza for a free concert of the Glenn Miller Orchestra. This was possibly the biggest crowd they'd had this summer - maybe on par with the Cincinnati Pops. You can imagine that I spent much of Saturday resting up from our Erie trip followed by an evening concert!

Anyhoo, here are some photos from the Lake Erie trip, one shot from the concert, and a few pictures from my Brukner walk yesterday morning. 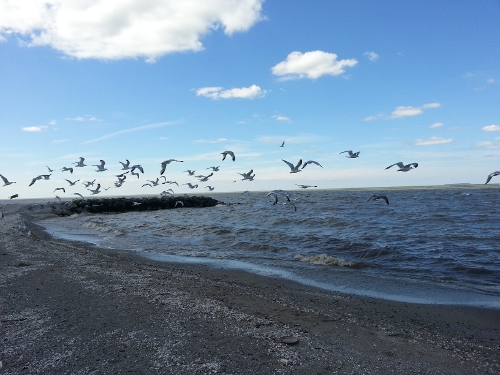 Lake Gulls
Gulls flying off of the beach at Lake Erie. 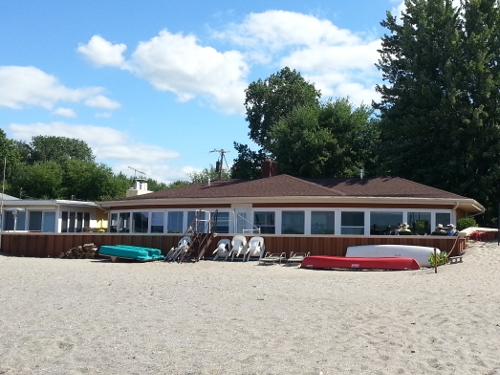 Friend's Cottage at Erie
My friend's cottage at Lake Erie, right on the beach! 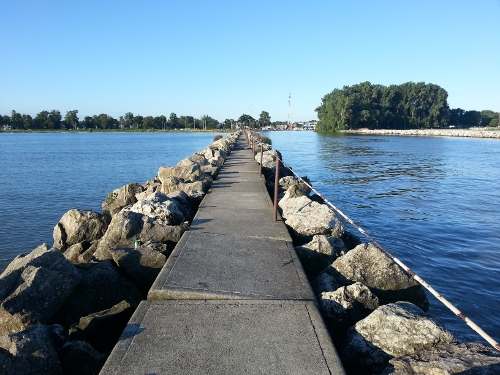 At the Bar!
Standing out on a sand bar on Lake Erie. Or rip wrap bar. Or whatever one wants to call it. (This was near our motel, not near my friends' place.) 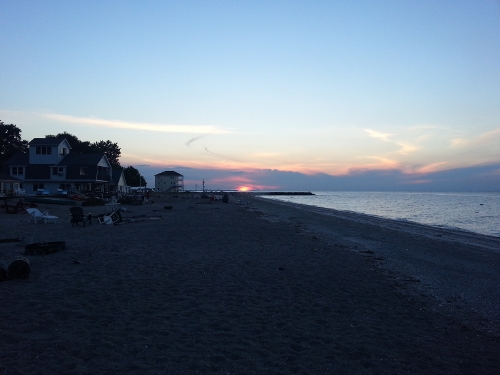 Sunset over Erie
The sunset on Lake Erie. 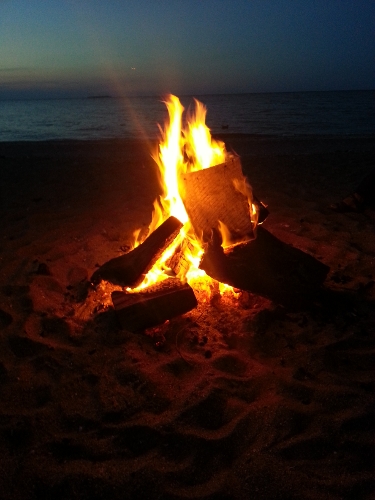 Fire on the Beach
Thursday night at Lake Erie, enjoying a campfire on the beach. 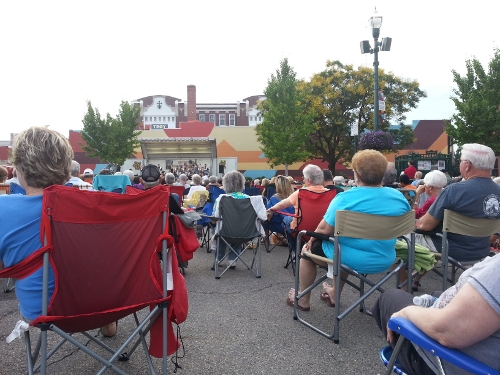 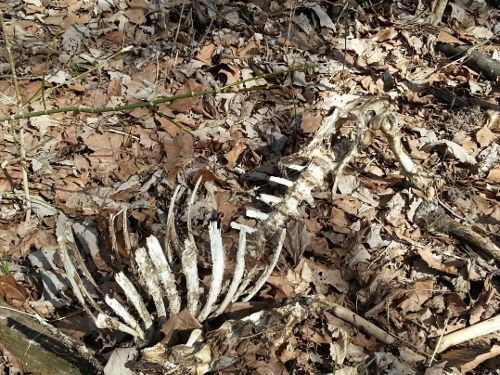 Skellington
A deer who died at Brukner - photo taken in March. 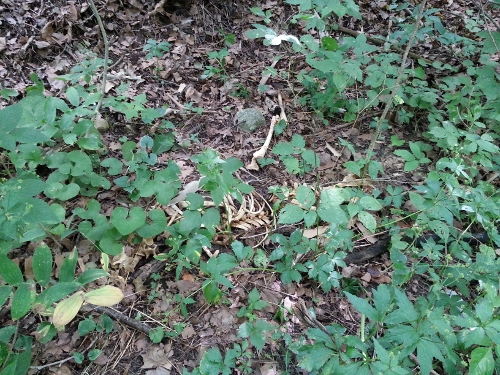 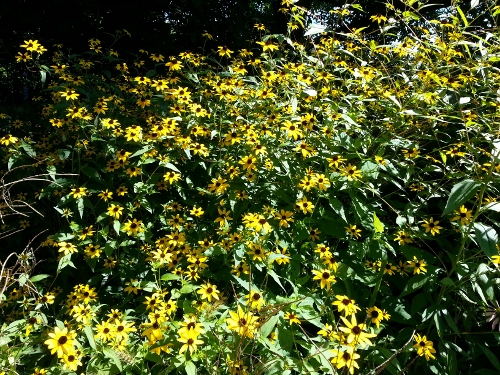 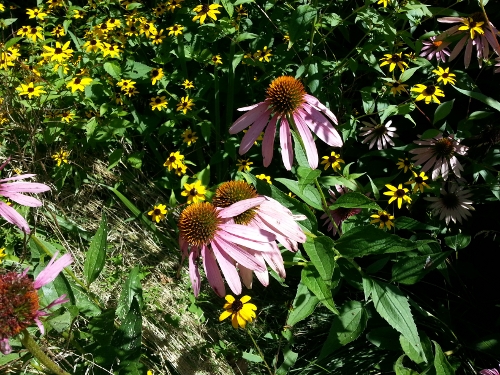